On 11th November, Mr. Nakagawa, was kind enough to take me and Nhi to the World Ethnic Festival (世界民族), held in Kimino Cultural Centre ground (紀美野町文化センター) in Wakayama. The festival took place for two days (11th and 12th) and our motive for setting up our gelato shop there was simple – to spread smiles among people of Wakayama through our gelato! 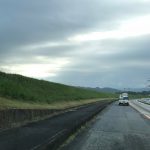 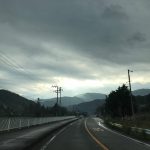 Mr. Nakagawa drove us till the venue which is situated in the wonderful highlands of Koya-san! Leaving Kyoto quite early in the morning, in our Premarche Gelateria van, we witnessed the beautiful morning dew, peach trees in plantation stage, sunlight descending on us like heaven opening its doors and endless mountainous roads leading us to a paradise. The venue was just absolutely breathtaking (thanks to the weather as well!) and by the end of the day, the sunset was like the perfect cherry on top of a cake, making me want to never leave Japan!

Venue of the festival.

Besides this being a trip for both me and Nhi, as a foreigner, I was very excited to experience the accumulation of international culture at a place that consists of 95% Japanese people! And hats off to the organizers for being successful in extending a welcoming embrace towards various world ethnic cultures on behalf of the people of Wakayama! Honestly, I cannot even imagine such an event taking place in a location practically unfamiliar to foreigners or cultures from all around the globe! 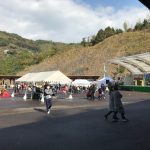 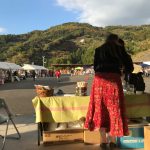 Explaining further, the purpose of the festival which is held every year, is to deepen understandings of several cultures and reconfirm one’s own identity by sharing Japanese culture to the world. Hence, this festival introduced ethnic groups from all over the world, gathering in a countryside town of Makuni, Kimino in Wakayama. Only love and no hate, what all was shared was art, music, dance, food and various activities! 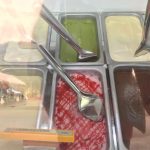 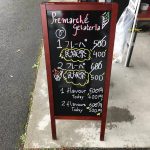 Setting up the board. 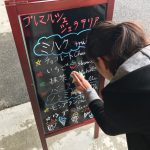 Setting up the shop!

This event not only aims for internationalization and conducting culture exchange to build mutual understanding but also aimed at ”Community Revitalization of Kimino”. The reason is because its a town that is suffering from depopulation and hence festivals such as this one shows that not only a big city or a capital can be an origin of art and culture.

Among the above mentioned aims, this festival also aimed at attaining the “strength to live” in order to save the irreplaceable earth for our children who bear its future. That is the reason why children participation in the festival is deemed as a wonderful opportunity for them to learn how to build a peaceful world where there is no conflict and just mutual understanding between various ethnic groups. 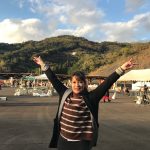 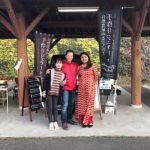 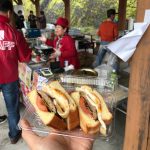 As Premarche Gelateria’s, Prema’s and Beyond Food Barrier Project’s aim resonated with the festival’s aim, we were more than happy to set up a small portion of our Gelateria at this festival, help them realize their goals and help bringing Japanese people and people of other ethnic groups much closer, in the town of Kimino.

Because gelato has the power to do so!

I am seriously considering about living here after I retire!

Once again, I would like to express my gratitude to Mr. Nakagawa and everyone in the company who recommended us to attend this festival and experience the love and appreciation of Japanese people towards international culture. Through such an experience, as a foreigner, whenever I think of Japan, I have come to think beyond just Tokyo and Kyoto and I am confident that the next time I visit Japan, I’m definitely coming back to Wakayama again!